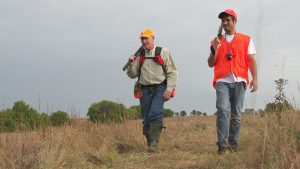 A Google search on “best places to hunt wild bobwhite quail” returns 397,000 results (Gun Dog magazine, Quail Forever, state agencies, etc.), but you will not find NBCI’s www.quailcount.org. Some of the hottest bobwhite populations in the country are contained in NBCI’s Coordinated Implementation Program (CIP) spatial database, and they are classified as TOP SECRET. Secrecy is a primary responsibility of NBCI to CIP participants–private and public landowners, and many biologists who toil to create the habitat to produce the quail and count them. State agency coordinators of NBCI CIP projects control how much information is publicized via an NBCI data sharing agreement, which goes into effect in 2019.

How many quail? For the best CIP listening stations, where quail can be heard calling about 547 yards away (or 194 acres), 8 or more calling coveys have been heard 43 times during fall covey counts in the past few years. An essential part of CIP is that any one listening station is a small part of a large 1,500- to 20,000-acre focal area of habitat.

If the quail locations are secret and not used for hunting, what is the purpose of CIP? 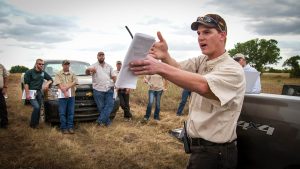 CIP is providing best management practices, primarily for habitat, so that anyone can experience an abundance of coveys. The CIP proof-of-concept project is in its 5th year, and soon NBCI and CIP state agency projects will be publicizing their results as part of a 10-year monitoring plan. Preliminary results for one CIP focal area suggest a record high quail density across 30-years of the state’s intensive quail monitoring programs.

Headlines with record numbers of anything lead to questions about accuracy, reliability, exaggeration, etc. The CIP is standardized across the country and is backed by decades of research, rigorous protocol, training, independent analysis, peer review by committees and boards within the NBCI and National Bobwhite Technical Committee (www.bringbackbobwhites.org), and ultimately by publication in peer-reviewed scientific journals, such as the National Quail Symposium (https://trace.tennessee.edu/nqsp/). Independent analysis is provided by contract with Dr. James Martin, University of Georgia. 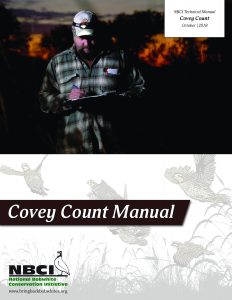 To improve the reliability of CIP data, NBCI just published an online covey count manual (https://www.quailcount.org/monitoring/fallcovey.html). As described in the manual, measuring quail abundance after the summer hatch is the bedrock of quail management, and this is illustrated by the fact that much of the covey count research cited in the manual was conducted by university students or staff biologists who are now biologists collecting fall covey count data. These biologists include Dr. Steve DeMaso, Dr. Josh Rusk, and Beth Emmerich, collecting CIP data, and Rick Hamrick and Shane Wellendorf, collecting non-CIP data. During fall 2017, 127 different observers collected CIP data, so the sound research foundation developed by these biologists is very important.

The new covey count manual is aimed at biologists, but it also has professional videos of actual pre-dawn covey counts and in-field training. It includes details about bobwhite behavior, including the “koi lee” call. Most of the CIP protocol provides a systematic measurement approach useful to anyone. Highlights of CIP are published annually in the NBCI Bobwhite Almanac (available online at https://nbgi.org/download-category/state-of-the-bobwhite-reports/).

Not all is secret about NBCI CIP covey count locations. Some listening stations could be published, for example, CIP focal areas that are not open to hunting, such as Pea Ridge National Military Park (National Park Service/Arkansas Game and Fish Department) and Delaware Division of Wildlife’s Cedar Swamp NBCI Focal Area. Cedar Swamp’s remarkably high covey count is featured in the 2018 NBCI Bobwhite Almanac. 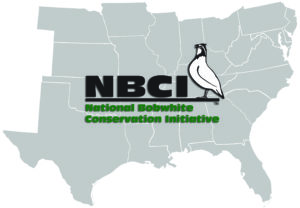