From the Farmhouse to the White House: CIP Matters

“There are now 21 states participating in the [CIP] program and the future of bobwhite recovery may rely on how well these efforts document habitat’s effectiveness and how well those positive effects are marketed.” K. Marc Puckett, Virginia Department of Game and Inland Fisheries 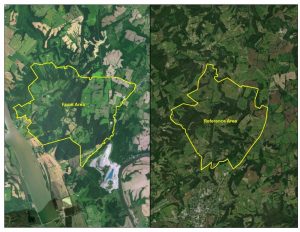 Learning from mistakes of the past can improve the future; failing to learn and adapt is simply irresponsible and a guarantee of future failures. The NBCI Coordinated Implementation Program (CIP) combines lessons from the past with the science of today to create the largest and best network of bobwhite restoration demonstrations in history. The CIP is more than just a focal area program; it may well be the gateway to the future of bobwhite restoration.

Ultimately, the CIP is envisioned as the springboard toward the NBCI vision of widespread huntable wild quail populations that can lure young and old alike outdoors with bird dogs to enjoy time-honored outdoor traditions.

Typical bobwhite management of the past—opportunistically adding undocumented small patches of habitat scattered haphazardly across vast landscapes—may boost bird numbers on a field or site, but the effects were usually unmeasurable at any larger scale, while overall populations continued declining. To improve on that approach, managers began trying to concentrate habitat efforts and improvements into defined focal areas to restore and document a critical mass of habitat at a scale sufficient to produce measurable population-level results.

Yet, without strategic vision and clear guidance in place, many focal area approaches have suffered shortcomings, such as:

The CIP strives to rectify such shortcomings. In simplest terms, the CIP is a habitat-based focal area program designed by quail researchers and managers using the best current science and hard-knocks lessons. In reality, it is much more. The CIP aims to visibly demonstrate one of the most basic concepts of wildlife conservation—that bird populations respond to management of suitable habitat. Here’s why the CIP matters so much:

The NBCI’s CIP is the best and most comprehensive collective effort ever undertaken by bobwhite managers. To date, about 19 to 21 states (depending on how we count) have embraced and are acting on the CIP concept, establishing 24 projects that include 45 focal and reference areas and more than 1,000 bird/habitat monitoring points. Early returns already indicate an average 80+% increase in coveys on managed focal areas compared with the unmanaged reference areas.

Those individuals and states stepping up with resolve to adopt and implement the CIP are the new generation of leaders across the entire bobwhite and grassland bird movement. They are the innovators, the seekers of truth—using a transparent, accountable, and adaptable system—about the linkages between best management practices and bird populations. These state/federal/NGO/private leaders are playing central, coordinated roles in the long-term future of bobwhite recovery and in the resurrection of a cherished, if faded, hunting tradition.

Former NBCI Director, Don McKenzie is a product of the deep South, steeped in its cultures of hunting, fried catfish, barbeque and SEC football. He survived an abrupt transition from hip boots in South Carolina to dark suits in Washington, DC as a professional wildlife advocate specializing in agriculture conservation policy.

During 6 ½ years in DC, he engaged the community of southeastern bobwhite quail biologists, and soon became their most active representative on federal conservation policy issues. McKenzie eventually arose as a national leader for what now is recognized as arguably the largest and most difficult wildlife conservation challenge of this era—restoring huntable and sustainable populations of wild bobwhites across much of their range. He was a facilitator and editor of the original “Northern (now “National”) Bobwhite Conservation Initiative,” published in 2002, and has been the national leader for implementing the initiative since 2004.