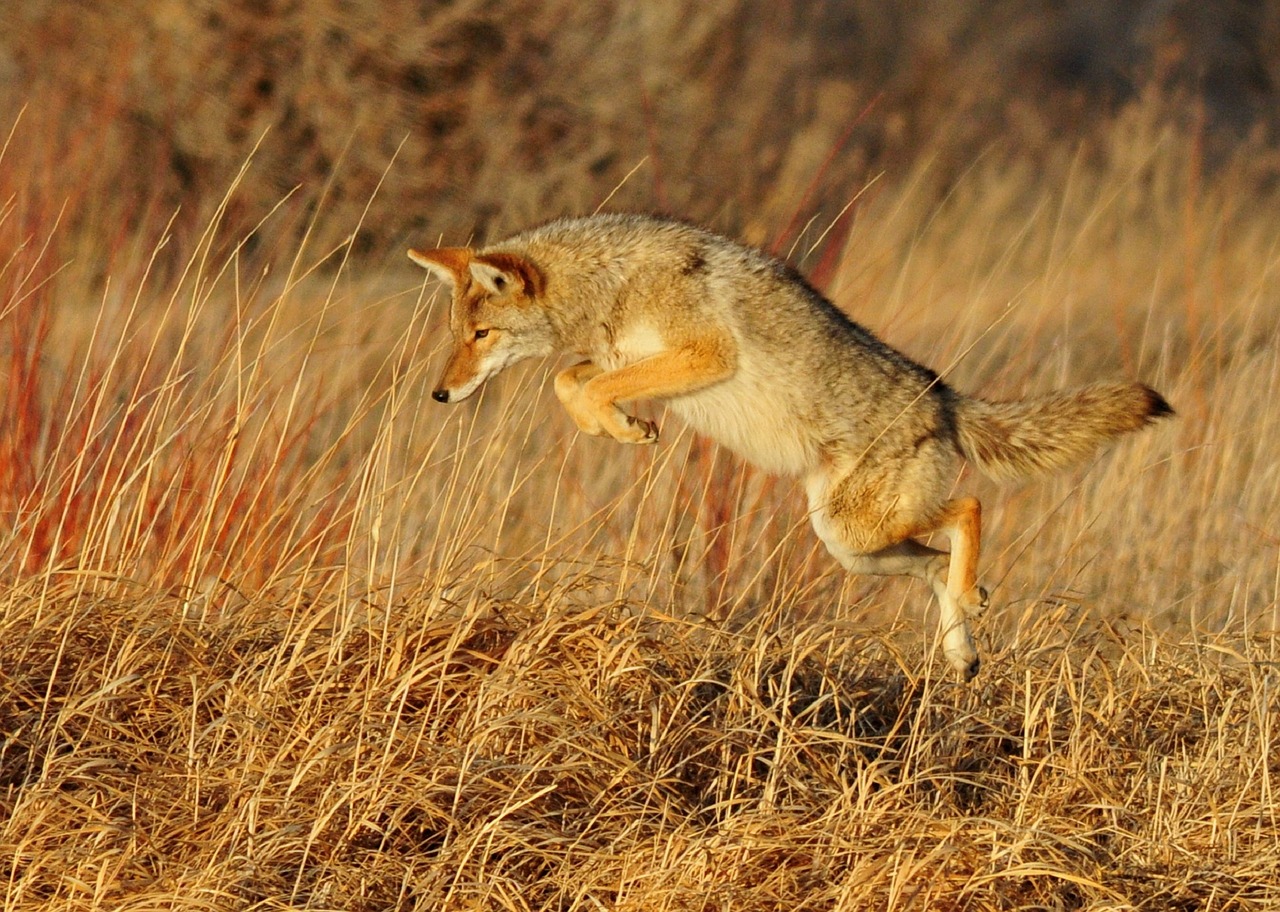 Much debate centers on whether coyotes are good or bad for populations of deer and turkey (This also may depend on who you ask … hunters, farmers, ranchers, or the general public.) I’ll leave those questions to folks who are experts on those species. But I also hear a lot of discussion about whether coyotes are good, bad or neutral for bobwhites. Admittedly, I have not had time to do a comprehensive literature review on this subject. I did some research and made a few phone calls, so this is not totally opinion based.

That is an astute question because if one were to study coyote food habits in central Pennsylvania, you would not find quail in their scats because there are not any quail there.

Luckily, there have been studies done on coyote food habits where quail are abundant. Perhaps none more so than in the Rolling Plains of Texas back in the early 1970s. The study by Meinzer et al. (1975) looked at both scat and stomach content. They did find a few quail remnants, but less than 1% by volume in scat and stomach analysis. What they found, like many other subsequent studies, was a very large volume of fruits. Nine species of plants made up 46% of the coyotes’ diet. Like most other studies I have read they also found a lot of rodents and rabbits. And there were only trace amounts of other predators found (opossum and skunk). Coyotes in Virginia eat a lot of fruit, too, especially blackberries and persimmons. Grasshoppers are also high on their summertime list of preferred foods.

The most recent predator scat analysis work done in western Virginia by Morin et al. (2016) shed some light on validity of scat analysis alone in determining coyote, bobcat and bear diet. These researchers used mitochondrial DNA analysis to positively identify all scats found and compare the results to how researchers classified the scats based on visual evidence. They found that the accuracy of visual identification of scats was low for bobcats (57.1%) and coyotes (54.0%) with each quite often being mistakenly identified as the other.

What’s this have to do with quail?

First it says that older studies based solely on visually identified scat analysis for coyotes may be inaccurate (go back to my first paragraph and note the study I cited used both scat analysis and positively identified stomach content – making it more accurate). They found very few bird remains in either coyote or bobcat scats, but more bird remains in bobcats than coyotes. And, in both cases some mesopredator remains were found in their scats, with bobcats’ apparently consuming mesopredators slightly more than coyotes (don’t mess with no bobcats, Man!).

Though not identified by species in the paper I read, it does point to their occasionally eating other predators. In each case their primary mammalian foods were deer (some killed, some carrion), squirrels, rabbits and voles. Based on all the work I have read over the years, on personal conversations with noted biologists and trappers, and on my own personal observations, I feel comfortable saying coyotes are not directly harmful to quail populations. But could they be beneficial?

Like many such questions, the answers are not always easy, and many out there get mad at biologists for saying things like “it depends.” But it does depend on many factors, such as what is the local prey base? What is the local suite of mesopredators – animals like armadillos, opossums, raccoons, red and grey foxes, and bobcats? Add other predator pressures such as raptors and reptiles and you quickly have a system that is complex.

Are coyotes in some way limiting the populations of, or the behavior of, animals that are detrimental to quail? Henke and Bryant (1999) studied the removal of coyotes from an ecosystem in western Texas. They demonstrated what they termed “mesopredator release” – an increase in the abundance of smaller sized predators like raccoons, skunks, badgers, gray foxes and bobcats with the removal of the dominant coyote. This phenomenon occurred after just one year of coyote removal.

Sovada et al. (1995) showed that coyote removal led to an influx of red foxes, which resulted in a greater loss of waterfowl production in the Prairie Pothole Region. Data in the east on this subject is hard to come by, but in a paper by McVey et al. (2013) where researchers studied the diets of coyotes and red wolves in northeastern North Carolina (where they co-occur), they used DNA analysis to positively identify 228 scats (179 red wolf and 64 coyote). Rabbits, white-tailed deer and rodents were the most common prey for both species. And raccoon remains were only found in 4 out of the 179 red wolf scats, none in the coyote scats. No other mesopredators were found in any of the 228 scats. Great, perfect…what a mess. What does this mean?

It could mean that there was such an abundance of preferred prey that coyotes and red wolves had no reason to kill other predators. It could mean that after several decades of coyote and red wolf predation pressure, populations of these mesopredators were very low in the study area.

I spent a year of my life over a two-year period studying bobwhite quail in northeastern North Carolina on Alligator River National Wildlife Refuge, where in spite of all the dirt roads I walked, and countless hours I spent out in the field, I never saw a raccoon (not even a track), fox, and rarely an opossum. What I saw a lot of were bears, red wolves and bobcats. There were also a lot of quail…though our quail nest survival rates were no better than the average reported in most quail literature (about 33%).

So, I conclude that…

1) predator control should only be considered if you have maximized your habitat efforts and you still do not see the number of quail you’d reasonably expect to see on the number of acres you have. If there is a covey of quail for every 25 acres of quail habitat you have in Virginia, you will be hard pressed to do much better than that even with predator control. But if you have several hundred acres of excellent quail cover and you only have two or three coveys of quail, chances are control of mesopredators will be beneficial,

2) In Virginia where quail are not that abundant, and where many nest predators are abundant, and where we don’t see people hunting or trapping like they used to, my opinion is that coyotes are beneficial for quail. They are helping to do what hundreds of farmland trappers used to do in a bygone era. I do not have the direct data to support that. But if I were trapping to try to help quail, I would not focus on coyotes.