It’s A Shell Game Out There

(… Or, These Ain’t Your Grandpa’s Quail) 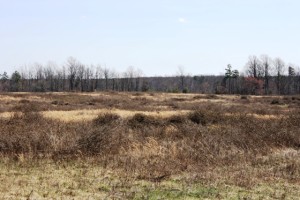 All of you should be familiar with a “shell game.” No reference to my old setter, Shell, who played her own games when it was time to get back in the dog box. What I refer to is the simple old shell game. A dozen walnut shells, perhaps painted in bright colors to fascinate kids and hidden under one was a dime, or a quarter – back in the late 19th or early 20th century these weren’t amounts to scoff at.

These games may have been used to entice citizens at county fairs to come in and then spend money on more elaborate games, always rigged in the house’s favor. (My daughter and I still attend our county fair every fall, and while some may say these fairs have become less than desirable places for families, I still find a magic in them worth sharing. But that’s another story.) However – what follows is a very simple shell game analogy as to how you should view your land and manage it to provide cover for quail.

I hear on almost a daily basis from so many well meaning sportsmen their views on what has been and is causing the quail decline. Predators, pesticides, pollution, mowing, and more top most lists. Some of these things we can do more about than others, and trust me we are trying to address them all every day. With regard to predators – I believe there are more predators now and I believe quail have adapted to some extent to their higher numbers. Quail undergo a new generation every year – thus in terms of evolving, they can change much faster than humans when conditions warrant it. Hence my sub-title, “These ain’t your Grandpa’s quail, Boooooyyyyyy!”

My belief is that they have adapted to using heavier cover than ever before, and that thicket cover is more important now to quail than it was 100 years ago. Remaining quail fly farther, faster and deeper into thickets than their predecessors. I’m also convinced that while we have undergone an enormous quail population decline, there are more quail out there than hunters find and they are in places where what I call “old time bird hunters” don’t really go.

So what about this shell game theory for quail thicket management? If you think of a quail covey as the dime and thicketsas the walnuts they hide under, as a predator would you rather have to look under 2 walnuts, or 20 to find your covey? It is estimated that 25% of your land needs to be in some form of thicket cover to be ideal for quail. I suggest 10% to 15% is a minimum that is more workable for most landowners. The good news is, these thickets do not have to all occur in your fields. They can occur just as effectively within thinned and burned pines or hardwoods. The thickets within your cut-overs also count – which brings me to another point, using less intense site preparation herbicides when preparing to plant pines will help leave a lot of good blackberry and other thickets out in those cut-overs, and further down the road, within those thinned pine stands.

So how do you visualize the arrangement of this cover? It’s best when it occurs randomly and well distributed throughout a property. One way I have illustrated this is to say visualize a checkerboard, with its red and black squares. If you were to number each square, then put those numbers in a hat and draw 15% of them out and paint each square whose number you drew green, you’d see random visualization of how thickets should be arranged on the landscape.

I recall hunting in western Kansas back in the mid 90s – and how perfectly well distributed the plum thickets were. You really didn’t need a dog to hunt quail there (though shame on you if you don’t have one). All you had to do was look under enough of the plum “shells” and you’d find some quail to shoot at … and miss. Those that were missed had vast numbers of other coverts to fly to, thus making an attempt to relocate them harder.